Obviously with ElectricAccelerator 6.2 out the door, it’s time for a new “Ship It!” award. I picked the mechanic figure for this release because the main thrust of the release was to add some long-desired robustness improvements. Here’s the trading card that accompanied the figure: 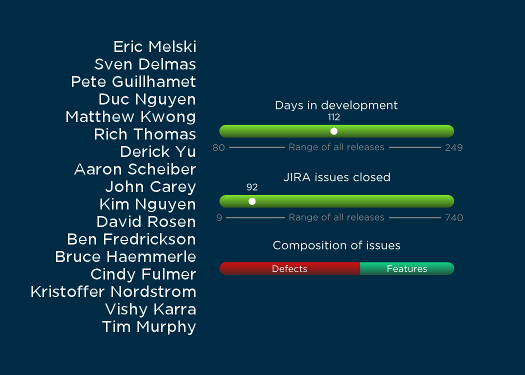 Loaded with metrics and analysis goodness!

As promised this iteration of the award includes some metrics comparing this release to previous releases:

Again, a big “Thank You!” goes out to the ElectricAccelerator team! I’m really excited to be working with such a talented group, and I can’t wait to show the world what we’re doing next!

One thought on “The ElectricAccelerator 6.2 “Ship It!” Award”